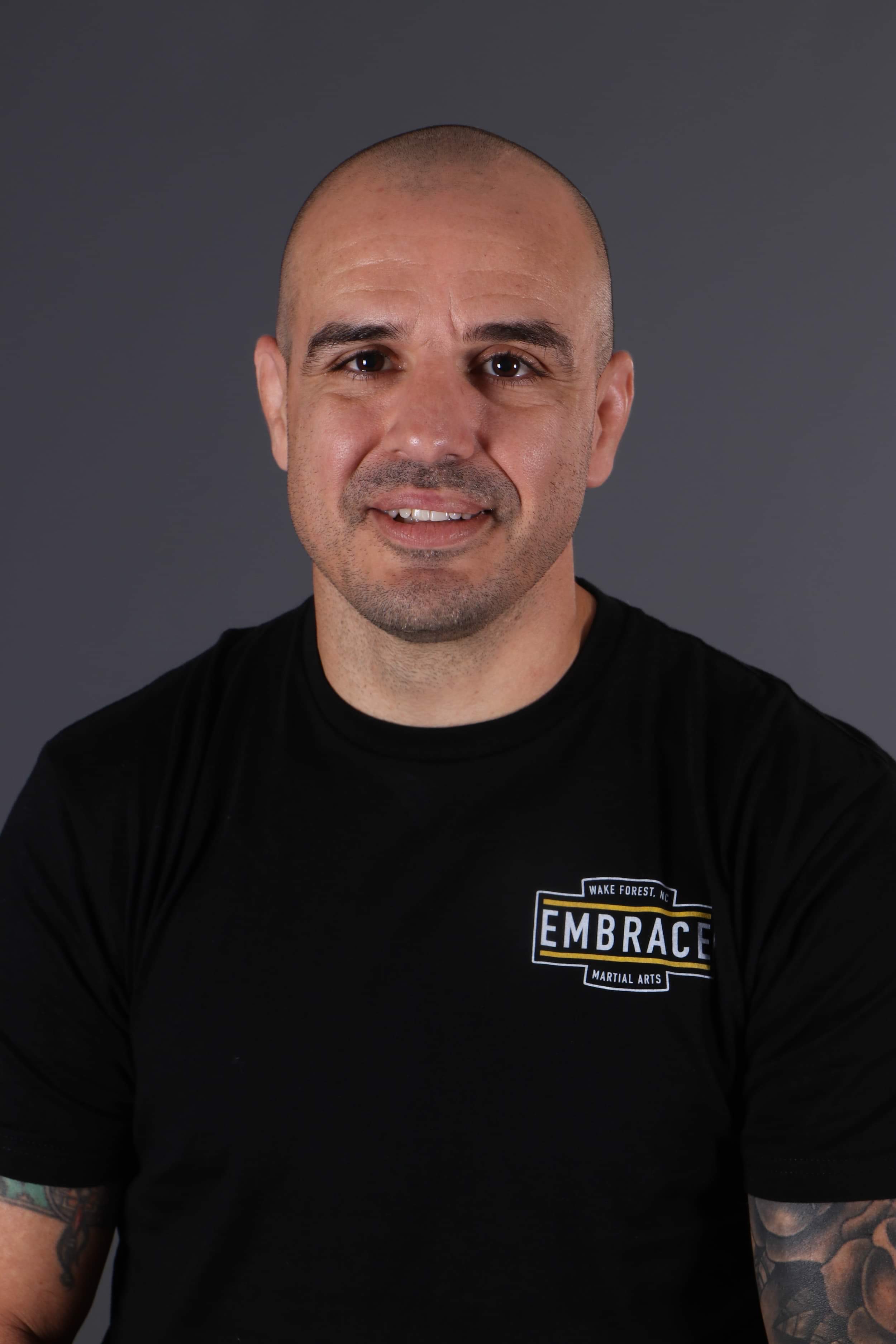 Joel Garcia started his journey in Martial Arts at 5-years-old. He started with Judo then went on the study Muay Thai, Boxing, Wrestling and earned his Black Belt in Brazilian Jiu-Jitsu. He began teaching martial arts in 2002 in Brazil and moved to the United States in 2007. Joel trains professionals nationally and internationally, with fighters at all levels. In 2011, Joel started representing American Killer Bees in Muay Thai. Today he is a full American Killer Bees representative. He is also the Head Instructor at Embrace Martial Arts in Wake Forest, North Carolina.